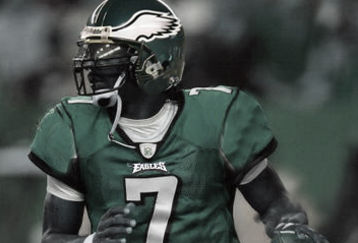 Even though Mike Vick and the Philadelphia Eagles have been eliminated from the playoffs; Vick has nothing to be ashamed of.  After serving 21 months in prison and 3 months of home confinement, Vick was able to return to the NFL last season and quietly put forth the foundation that led to his success this season.  Thanks to Tony Dungy the Philadelphia Eagles and Donovan McNabb Vick was given a fair 2nd chance to turn his career around.

After completing a successful 2010-2011 season, there is a new challenge for Vick.

How will Mike Vick respond to his return to NFL stardom and a new big time contract?

During the season it easy to stay busy when you have the weekly grind of the NFL Schedule, but now it’s the offseason!

As time goes on he can’t expect to lean on the support system that got him to this point, he is now a starting QB and no longer who is going into next season with higher expectations.  During the season Vick for the most part said all the right things… spoke about the work it takes to be a great QB in the NFL and talked about his work off the field to repair his image.

Depending on Vick’s probation status his travel maybe restricted but he will still have a lot of free time and free time is always dangerous.  This is a critical time for Vick as he will show his true growth as a person.  Keeping his nose clean is not only important for his future contract status but it’s also important for his status as a free citizen!  He will need to avoid last off-season’s incident involving a shooting after an event celebrating his Birthday.  Vick was never charged with anything and the NFL did not take any disciplinary action against him; but it hopefully served as a reminder to Vick that he is only one incident away from losing it all again.

I am rooting for Mike Vick and his success… well as much as a NY Giants fan can root for an Eagle;  HAHA!!

Just kidding, in all seriousness let’s hope Mike Vick has a quiet off-season and keep is head on straight!!