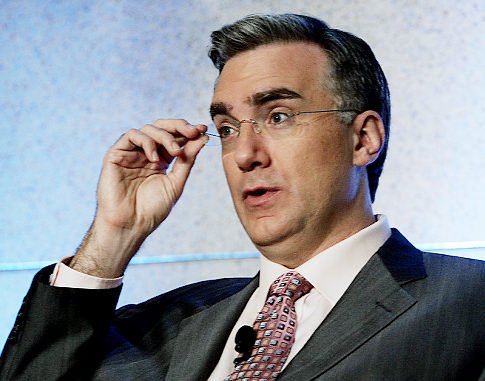 On Friday night Keith Olbermann announced that this was his final ‘Countdown’ show; to say the least this was a shocker to all his fans and detractors.

Many will say that Olbermann is easily the face of MSNBC politics; but it seems that MSNBC thinks differently.  While at MSNBC Olbermann has had a bumpy relationship with management.  During the 2008 campaign Olbermann anchored the coverage for MSNBC; never bashful to express his opinion Olbermann showed his Liberal bias on several occasions and this rubbed people like Tom Brokaw the wrong way.  Word has it that Brokaw spoke with MSNBC’s management about Olbermann’s behavior and  let it be known that NBC is not FOX News.  Olbermann was removed as anchor but later returned towards the end of the campaign coverage.

More recently Olbermann was suspended for campaign donations to Liberal candidates; MSNBC cited Olbermann was in violation of rules that stated he had to notify management whenever making donations to any campaign.  Before the suspension Olbermann had recently brought attention to FOX News and how Republican candidates were using the network to raise campaign funds.  It seems as if the network was punishing Olbermann to protect themselves from similar scrutiny.

The suspension of Olbermann upset his fans to the point where they started an online petition to have him reinstated; the overwhelming support was well received and Olbermann’s suspension was lifted a couple of days later.  At this point you have to believe the relationship between Olbermann and management was at its lowest point.  With that said Olbermann’s show remained the flagship of the network as all other shows like Maddow and Ed Schulze revolved around it.

Then there was the introduction of Lawrence O’Donnell’s show ‘The Last Word’, like Olbermann O’Donnell is hard-hitting and passionate about politics.  The difference between the 2 is that O’Donnell has worked in Washington; he was worked as senior advisor to Senator Patrick Moynihan.  So far O’Donnell’s show has ben very successful as he has been able to have guests from the hill that are both Republican and Democrat.  For all of  his success Olbermann seems to lack the ability to book the big time guests that are Republican, while O’Donnell has had the likes of Tom Delay and more recently had a powerful exchange with Representative Trent Franks (R-AZ).

So with the Comcast deal to buy NBC finalizing, it is very possible new management decided it was time for a change.  Behind the scenes it is no secret in the industry that Olbermann has not been the easiest person to work with; in Comcast opinion this might have been the perfect time for a change.  It has already been announced that Lawrence O’Donnell will take over the 8pm slot; and he will definitely have big shoes to fill.

For Olbermann, there is no doubt in my mind that he will be back on TV it’s just a question of when.  According to reports Olbermann had 2 more years remaining on his contract and it is not clear if the agreement reached between Olbermann and MSNBC management will allow him to work for another network for the remaining years on his contract.  Since we all know there is no chance in hell that FOX News will hire him, I think it is a safe bet that Olbermann will end up on CNN.  I think a combination of Olbermann, Piers Morgan, and Anderson Cooper is pretty formidable and would give MSNBC and FOX a run for their money.