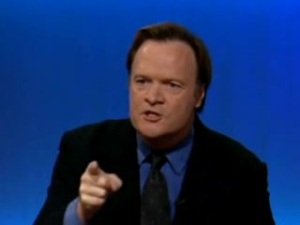 Lawrence O’Donnell host of MSNBC’s The Last Word recently destroyed Bill O’Reilly for the BS he spews nightly on his FOX News show.

This is why I love O’Donnell and his style; he doesn’t pull any punches and he has the resume to back it up anyone who wants to step up.

“I know real Irish tough guys they don’t look and sound like you.  And none of them come from Long Island like you, and none of them go to work in makeup like you…. Anybody who knows real tough isn’t fool by you Bill.” – Lawrence O’Donnell

LMAO, Lawrence aka LOD is the TRUTH and he brings the fire every night!!

I can’t wait to see what Billy Boy’s response will be to O’Donnell; Bill O’Reilly is the big dog on the block when it comes to political talk shows on TV.  Will he (O’Reilly) even acknowledge LOD?  Or will O’Reilly treat O’Donnell like a low-end rapper trying to make a name for himself by attacking the likes of Jay-Z or Eminem….

Who knows, in the meantime enjoy “The Notorious” LOD get at Billy Boy