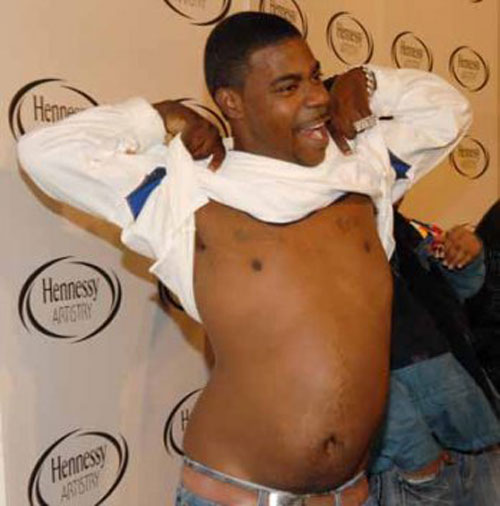 It has only been a couple of weeks and Tracy Morgan is in trouble AGAIN, this time for cracking jokes about the mentally ill kids or as Tracy put it “retarded kids”. Recently Tracy was heavily criticized for a performance in Nashville, TN where he went on a rant against gays; during this rant Morgan said,

With all the backlash Morgan received he apologized for his anti-gay comments; lesson learned for Tracy. If there is one group you don’t mess with is the gay community, the LGBT are as well-organized as any rights group in the country. At 1st Chris Rock defended Morgan and his act, but when the LGBT stepped in Rock immediately back tracked his support. With no support there was nothing Morgan could do but apologize.

So now we have Tracy Morgan performing in NYC doing what he do; crack jokes!

Fresh off the anti-gay controversy Morgan is now being criticized for his jokes against mentally ill kids. Morgan referred to an old joke that has been used by many comedians in the past; Tracy talked about the notion of ‘Retarded Strength’

Don’t “mess with women who have retarded kids.”

“Them young retarded males is strong,”

In no way am I condoning Tracy Morgan jokes BUT….

If advocacy groups are going to point out comedians cracking politically incorrect jokes they better call EVERY comedian out. Right now Tracy Morgan is an easy target fresh off his anti-gay rant, but where we’re advocacy groups when Tosh O. also did a bit about ‘Retarded Strength’?

Is there any difference between Tosh O. act and what Morgan is being criticized for?

If you’re gonna call out 1 person call out everyone else; I understand the need to be sensitive but be fair about when it comes to criticizing people. Tracy Morgan can be an asshole at times but he does not deserve to be singled out for his comedy!