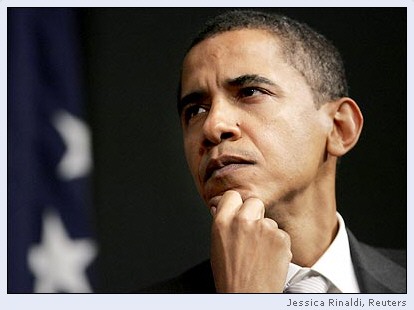 NO, President Obama did the smart thing.

Those pundits (mainly Liberal) claiming the president once again “Caved in” to the GOP are completely missing the bigger picture.  Since the debt ceiling debates all we heard from Liberal pundits on how the dragged out debate hurt the country and how the focus was taken away from what is important, JOBS!

And now we have another dust-up where Pres Obama wants to give a joint session speech to Congress laying out his jobs plan; the problem is the president needs for both the House and Senate to agree on the date when Obama wants to agree on the speech.  Well, Speaker of the House John Boehner decided that September 7th was not a good day for the speech.  Some say it’s Boehner trying to embarrass the president and that could very well be the case, but I say who cares.

What’s more important right now? Day in and day out we hear that this country is in a crisis and both Democrats and Republicans have called out Obama for not addressing the problem.  So when the president decides to accept the new date suggested by Boehner, why are the pundits complaining?

The president is doing exactly what they wanted; the jobs plan is much bigger than dragging out an unnecessary fight about when to give a speech.  I will admit, I first reacted to the Boehner suggestion in a negative manner but then I realized what’s more important… The American people, those Americans that are out of work and struggling to get by.  Like the debt ceiling debate no one wants to hear about who is the bigger fish in the pond (Obama or Boehner).

Lets not forget the point of even having a joint-session of Congress; it’s about the economy and its about jobs.  If the pundits want to critique something save it for after the president’s speech; lets complain about the lack of a plan or maybe even the lack of support for the plan.

I think everyone from pundits, congress and the president need to remember one thing…  In the words of Mr Jones (Craig’s daddy in the movie Friday)