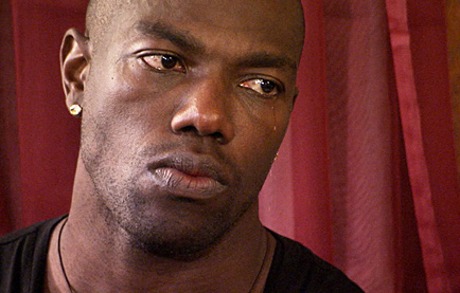 So tonight we learned on ‘The T.O. Show’ that Terrell Owens apparently has a credit rating around 500-600….

For those of y’all who don’t know to have a credit rating of 500-600 is considered having “Poor Credit”; basically you are considered a credit risk by the banks.

So how can a top-notch football player who has made something like $50-$70 million dollars (courtesy of @BlkSportsOnline) in his career have such a LOW credit rating?  I really don’t know, well I have an idea but it just doesn’t make any sense when you think about the amount of money Owens has potentially made in his career.  To start off with, your credit score is determined by 5 things:

We can only speculate on how T.O. could possibly have such a low credit rating; on the show Owens mentions how he has a problem getting in contact with what sounds like is his accountant or at least someone who is dealing with his money 1st hand.  Owens looked VERY concerned (started crying) when he talks about how there is no money coming in due to the NFL lockout (still no money being made with the start of the season and no new contract).  In light of poor credit rating and lack of income/team it’s no wonder Owens was so anxious to show he can recover and still play in this season.
Unfortunately we hear more and more stories about million dollar athletes being ripped off; It’s a sad state of affairs.  Hopefully T.O. can get this all resolved, you can have a boat load of money but if your credit rating sucks there are limits to what you can do.
I wonder how many athletes made a call to their financial advisers this morning after watching ‘The T.O. Show’ last night??
As always….