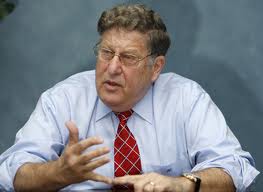 “Learn how to be an American…”

Of course Sununu tried to cleanup his remark about the President later on in the day,

“What I thought I said, but I guess I didn’t say, is that the President has to learn the American formula for creating business. “If I didn’t give all that detail I apologize.”

Ok Mr Sununu, “If I didn’t give all that detail I apologize…”?  Ummm, Sununu made the comments but he doesn’t recall if he gave details.  That’s hilarious, but it is also typical of Republicans when it comes to Barack Obama.  From Glenn Beck to Donald Trump, Sununu has joined the exclusive club of NUTBAGS!!!

The funny thing is, you could say President Obama is more American than the man saying he needs to “Learn how to be an American”.

Fun Fact For Ya…. John H Sununu was born in Havana, Cuba!  Would it be wrong for the Obama Campaign to say Sununu is secretly a Communist since he was born in Cuba?

Sunday’s episode of the ‘The Newsroom’ (I’ll Try to Fix You) was timely; in the episode Will McAvoy (Anchor) reports on the misinformation campaign against President Obama concerning his record on gun control.  McAvoy runs clip after clip of Sarah Palin, Michele Bachmann, and Glenn Beck talking about how Barack Obama wants to take your guns and destroy the 2nd Amendment.  The only problem is there is no evidence of such a campaign by President Obama, to show this McAvoy talks about the Brady Center to Prevent Gun Violence‘s report card on how Obama has performed in strengthen gun regulation. 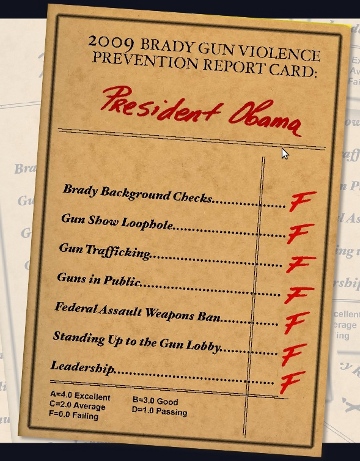 Candidate Obama in 2008 was way tougher on gun control then President Obama; basically Obama has been a GREAT friend to the gun industry!

Information like this is not top-secret, you can easily Google this and find the facts.  Or at least I thought so….  Before last night’s episode of ‘The Newsroom’ I just so happened to engage my colleagues at work in a debate concerning gun control.  For the record these guys are smart guys who happen to love guns, and I respect the right for people to own a gun.  But the conversation quickly went into a death spiral when one guy stated that, “Barack Obama wants to circumvent the 2nd Amendment and take away everyone’s guns…”

Of course I tried to correct him but he was adamant that; when I asked where he got this information from he said the head of the National Rifle Association aka NRA.  GTFOH, so the organization that fights any attempt to regulate guns was his source?!?!?!?

Folks this is what we are dealing with today, I could understand if this was 1980… Before the internet, the 24 hour news cycle, and GOOGLE!!! But this is 2012, this is the INFORMATION AGE and we still have people who are just as ignorant as if it was the stone age.  As usual my stubborn nature did not allow me to just walk away shaking my head, so I went into how the president has not introduced any legislation toughening gun control.  I showed article after article supporting what I was saying…

Nope, instead of believing numerous sources this guy preferred to believe the opinion (with no facts to back up) of a few people aka NUTBAGS.  So what do we do when people prefer to believe the non-factual rantings of nutbags?

I am the type of person who relies on facts and it disturbs me when people ignore them; I will always stand by the facts but I have ask.

Have I been fooling myself in thinking that at the end of the day facts will always win out?