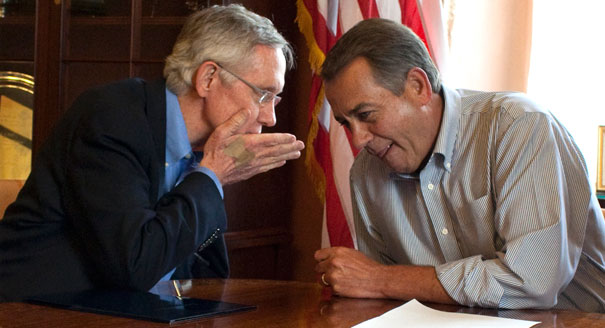 At 12 noon the 113th Congress will be in session for the 1st time, I can only hope this congress will prove to be more productive than the 112th Congress.  The 112th Congress will go down in history as one of the LEAST productive, and Democrats and Republicans are both responsible for this lack of productivity.  It’s popular to just blame Speaker Boehner and House Republicans, but Senate Majority Leader Harry Reid has done his fair share of “making the sausage” .

“The 113th Congress will convene Thursday at the constitutionally required time of noon … There are 12 newly elected senators – eight Democrats, three Republicans and one independent, former Maine Gov. Angus King, who will caucus with the Democrats. They will be joined by Rep. Tim Scott, the first black Republican in decades, who was tapped by South Carolina Gov. Nikki Haley to fill the remaining term of Sen. Jim DeMint….

I have hope, but to be honest not a whole lot of hope!