ICYMI and you probably did unless you are a die-hard New York Mets fan, Mets twitter fandom kind of blew up last night with when some fans noticed a slight change to the traditional logo on the Mets Facebook and Twitter account. This subtle change was well documented by @MetsPolice; Mets Logo Change

The building circled on the right is the UN building, and for whatever reason the Mets PR dept recently changed to the following logo on their social media 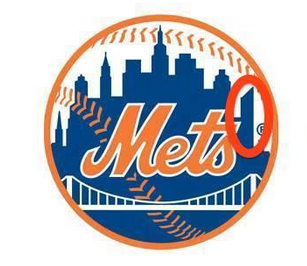 Now notice the UN building replaced by the ‘601 Lexington Tower’ formerly known as the Citigroup building. Rumors started swirling that this change was a result of the Mets selling out to Citigroup which is the namesake of their home Citi Field. That rumor quickly died as someone noted the building is no longer owned by Citigroup, but still the question remained why the change?

According to Adam Rubin (beat writer for the Mets), the Mets have formally stated there have been no changes to the logo

Only the Mets could have something like this happen and have it turn into some kind of story. In all honesty when the story broke on twitter last night it did give me a reason not to pay attention to the Mets losing another game they should have won last night.

I will say, it is good to see there are still hardcore Mets fans, we are a special breed!

Side note, Mets fans already know this but Jacob deGrom is a special talent. If you get a chance, watch a game when this kid pitches. Started last night’s game striking out the first 8 batters he faced; finished the game with 13-Ks. In 2015 the Mets should have a dynamic 1-2 punch with Matt Harvey and deGrom.