Wait… Pokemon Go Hasn’t Been Released in Japan Yet?!?!?

You can’t go anywhere, or read anything without someone mentioning Pokemon Go and trying to catch Pikachu.

This craze has taken over and is at a level that people are getting robbed at meetups, and causing accidents.

2-weeks after its release in the U.S. the numbers are insane; 30 million downloads and $35 million in revenue. In that timeframe Nintendo‘s value doubled that’s without a release in Japan yet! 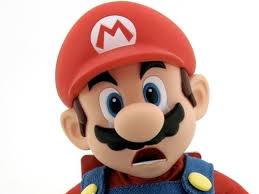 As of right now Niantic (the game-maker) announced they have delayed the Japan launch, due to an email link discussing the launch plans. Whenever Niantic decides to release Pokemon Go in Japan, I hope their servers are ready for the onslaught of users.

And with all that energy, I can only wonder what will be the next fad to blow up.