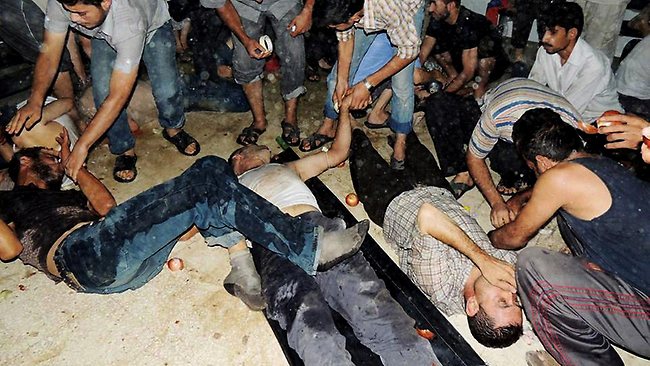 Tonight (Wednesday August 28th) in an interview on ‘PBS News Hour‘ President Obama spoke about Syria (Assad Regime) and how they “Must Be Held Accountable” for using chemical weapons against the opposition and civilian population.  The president made it clear that it is not acceptable for any nation to use chemical weapons, it goes against “international norms”.

He also stated that no final decision has been made on what type of action will be taken against Syria, but he let it be known that he is not interested in any kind of “open-minded” conflict.

“I have no interest in any kind of open-ended conflict in Syria, but we do have to make sure that when countries break international norms on weapons, like chemical weapons that could threaten us, that they are held accountable”– President Obama

As Pres Obama meets with his advisers you would have to believe (or hope) that they are not only discussing military targets in Syria but that they are also talking about what type of retaliation could result in launching missiles at Assad.

With the president setting a “red line” for Syria and Syria now crossing that line the United States has to send Assad a message with force behind it.