Finally ‘Weinergate’ has come to a conclusion; and with that said the 3 week circus involving Anthony Weiner and his infamous pics of him being shirtless and his ‘Frank and Beans’ can now pack up its tent and move on.

Before the circus could leave town Weiner had to have one more moment in the sun.  Weiner held a press conference to announce that he would be stepping down as Representative of New York’s 9th District.  Not sure if Weiner believed this would be a quick and quiet press conference, if he did then it is no shock that his self indulged pics are now all over the net.

So what is next for Anthony Weiner?

As embarrassing this scandal is it’s not the end of the world for Weiner; the key is he never did anything illegal… Stupid YES, but nothing illegal!

Look at Eliot Spitzer as an example of a comeback story; he stepped down as Governor of New York.  Shortly after he was a contributor to CNN and then he turned that into a show on CNN.  All the while as his successor David Paterson struggled as governor, there was actually polls showing that New Yorkers would be open to Spitzer returning as governor.

Weiner’s strength is his gift for gab; he has had some memorable moments on the floor of the House of Representatives.  That is a talent that can carry over into the world of political pundit, he just needs to take a step back and let everything cool down.  News networks like MSNBC and CNN will be knocking on his door and don’t be surprised if Fox News requests his services; can you imagine the segments with O’Reilly and Weiner going back and forth?

Who knows after a couple of years have passed Weiner might be able to fulfill his dream of becoming Mayor of NYC; I mean Washington DC elected a former crackhead twice!!

It’s a lil erie how Weiner talks about his use of Twitter and Weiner jokes in this video.

On Tuesday I laid out what seemed to be a simple path were Rep Anthony Weiner (D-NY) could somewhat recover from ‘Weinergate’ (Talking Points Tuesdays – Anthony ‘Weinergate’ Weiner).

With that said the 1 stipulation in all of this was that Weiner would have to stay clear of any more controversy; there could be no more pictures or emails/chats leaked from other women. It was the whole reason behind Weiner’s press conference on Monday; Weiner would stand there and answer every question from the media until there were no more questions.  At that point the story could then begin the process of fading away; of course there would still be the Ethics Investigation but since no crime was committed Weiner would have more than likely received a slap on the wrist.

You can throw all of that out the window as a new photo has emerged, and this time the photo is x-rated!

Before Weiner spoke on Monday Conservative Blogger Andrew Brietbart held an impromptu press conference stating that he had another photo in his possession that Weiner had sent to another woman.  He stated this photo was of the x-rated nature and that he would not release photo if Weiner would stop attacking him (Breitbart) and stop accusing him of hacking his (Weiner) Twitter account.  When Weiner stepped to the podium he apologized to Breitbart and at that point it was assumed the alleged x-rated photo would not be released.  Breitbart went as far to say that he did not want to ruin Weiner’s family life so he saw no reason to release the new photo. 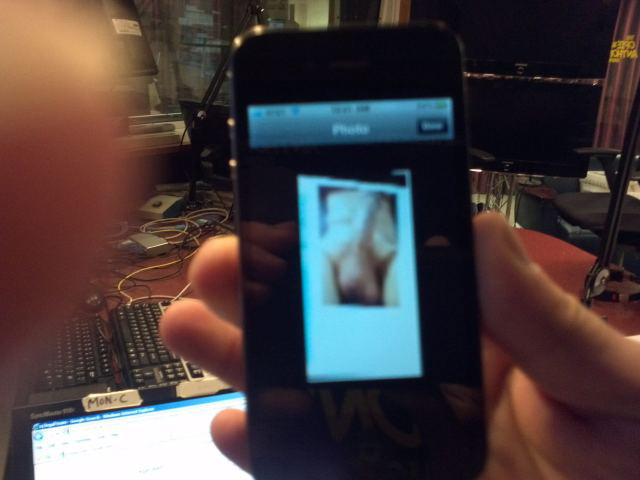 Now we have Anthony Weiner’s Frank and Beans all over the internet!!!

At this point I think it is time for Weiner to just tap out and resign from his position, this is just getting out of hand.  Sending X-rated photos is too much in my book; unless this story loses its legs it will continue to take away from what is important (Jobs, Debt Ceiling, etc…).

By the way let us not forget that it was also announced today that Weiner’s wife is pregnant!

It’s time for Weiner to take his ‘bat and balls’ and go home, LOL!!!

P.S. Since this post is about some dudes genitals I feel the need to add a major PAUSE for this entire post!