I want to laugh so hard when I hear nutbags like Michele Bachmann attempt to reinvent history; it’s as if Bachmann watched the movie ‘The Invention of Lying’ and decided if she lies enough it will become truth.  When the Tea Party selected Bachmann to deliver their response to the State Of The Union they made a dangerous selection of an uninformed nutbag.  Her “Balloon Head Thinking” will set this country back, we have to continue to call Bachmann and her nutbag ways.

Thank you Chris Matthews for CLEARLY pointing out how ridiculous this woman is and the insanity of the Tea Party to select Bachmann as their spokeswoman.  It’s shameful that Sal Russo or anyone would defend this woman and her “Balloon Head Thinking”.  The Tea Party should just focus on the platform of cutting spending and stay away from nutbags like Bachmann and Palin.  When you hear the crazy talk from the likes Bachmann you can only wonder….

Where is Ross Perot when you need him? 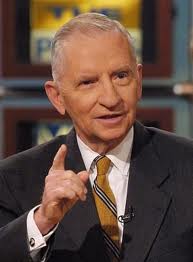